Lorraine, Kevin, Bob and Jeff went paddling Saturday Nov.10th. They launched  at Halfway Creek, off Summit St. just north of the state line, about 11 am, returning about 4:30. Our plan was to head up the channel to the Erie Power house intake channel and have lunch, which is what we did.

The paddle up the channel  took a lot longer that originally thought, due to all the sights that we took in and all the taking of pictures. The Muskrat condos and bird sightings along the way, including  an eagle perched highly on one of the many trees that lined the channel. Caution was taken as we neared the intake, as the strong current would pull us towards the warning signs.

At first the sky looked as if it could rain, but by noon we were removing out coats from under out life vest. The sounds of gun shots were numerous in the not far distance- oops- it’s Duck season in Michigan!! It ended up being a very adventurous paddle for a gorgeous fall day. 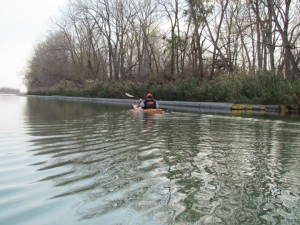 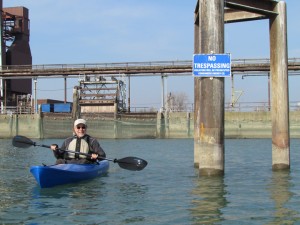 Jeff had to paddle close , to be able to read the sign!! 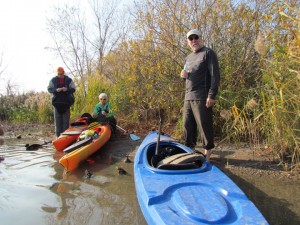 Kevin, Lorraine and Jeff- the one with no socks on! that’s how warm it was that day. 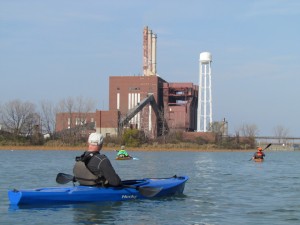 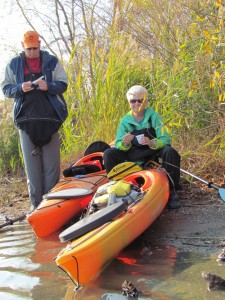 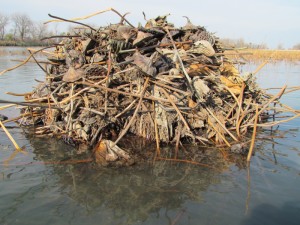 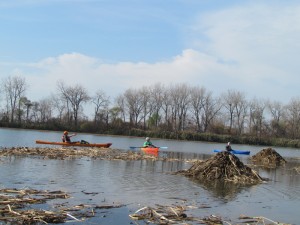 Checking out the condo village 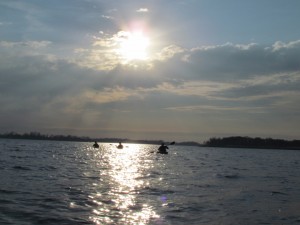 Paddling in to the Sunset!

This entry was posted in 2012. Bookmark the permalink.