The fish was great and we have a winner!

Tuesday’s meeting/fish fry was beyond expectation!!

Tuesday started early and ended late for Dave Zobler. Dave started early in the morning with thawing the 70 pieces of perch that he caught earlier in the year out on Lake Erie, then later in the day he peeled and cut up a number of pounds of potatoes for the French fries.  Dave, Bob and Winona meet at Friendship Park Community at 5:30 to start the kitchen humming with preparation of the 24 guest at 6:30! More kitchen “volunteers” arrived around 6 – Denise Rex and John Heinl, worked till everyone was served that tasty fish and fries, along with the coleslaw that Don Stader made at home and brought in.

After all 24 diners finished enjoying that great perch dinner, they continued to enjoy the camaraderie.

Around 7:30, we started a short meeting at which time we drew a winning ticket for that beautiful quilt. The winner was Joseph Ravary of Point Place, who came to the fish fry, but left before the drawing, the quilt was taken to his home after the meeting. Congratulations Joe!! 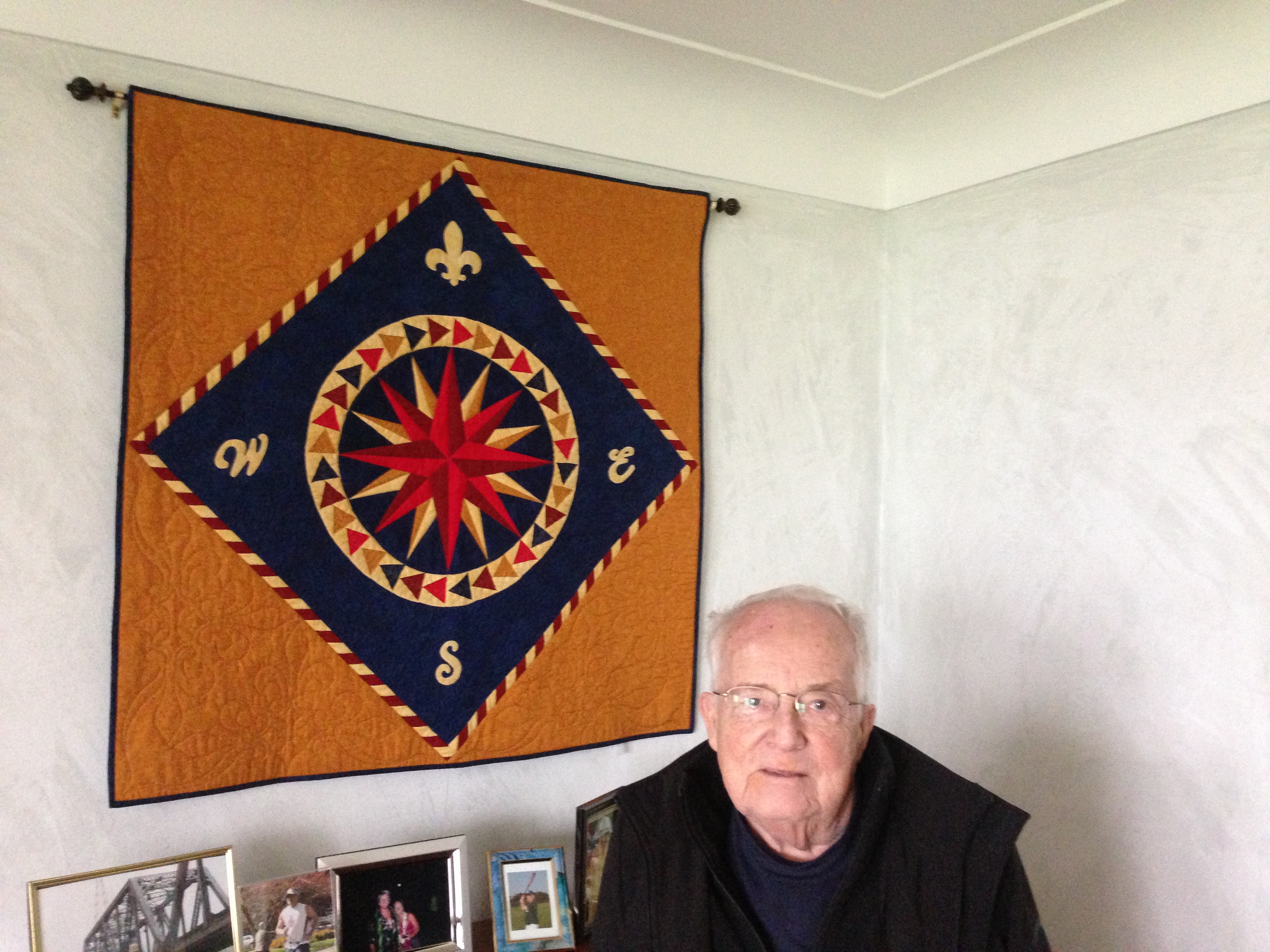 Between the quilt drawing and the fish fry, $240 in donations was raised towards the plaque for the HP Landing, remembering Howard Pinkley. We will start pricing for a plaque after the first of the year!

Thank you for all that everyone has done over this past year and since the club was formed back in June of 2009, by Howard Pinkley

This entry was posted in 2012. Bookmark the permalink.